Beyond Bechdel: Testing Feminism in Film

Alison Bechdel is a cartoonist known for Dykes to Watch Out For, a syndicated strip about lesbian and gay life. But she became a household name when an idea she floated in one of her cartoons became a litmus test for the feminist calibre of movies and television shows. In that particular cartoon (from 1985) one of the characters mentions a test she subjects films to. A movie has to have at least two female characters, who talk to each other about something else than a man. If the movie doesn’t pass that test, she refuses to see it.

This satirical comment has since taken on a life of its own. It became known as the Bechdel test (although Bechdel herself credits a friend, Liz Wallace, with the idea) and became a quick-and-dirty way to gauge if a movie is female friendly or not. Kevin B. Lee takes a look at the test and its shortcomings in a video essay he made for Fandor’s Keyframe.

The Bechdel test is no scientific tool, it is not an infallible analytical instrument. Alison Bechdel herself is the first to attest to that. Kevin B. Lee gives a number of telling examples of the drawbacks of this test, and raises good questions about the need to administer this (and any) test with a healthy dose of common sense. 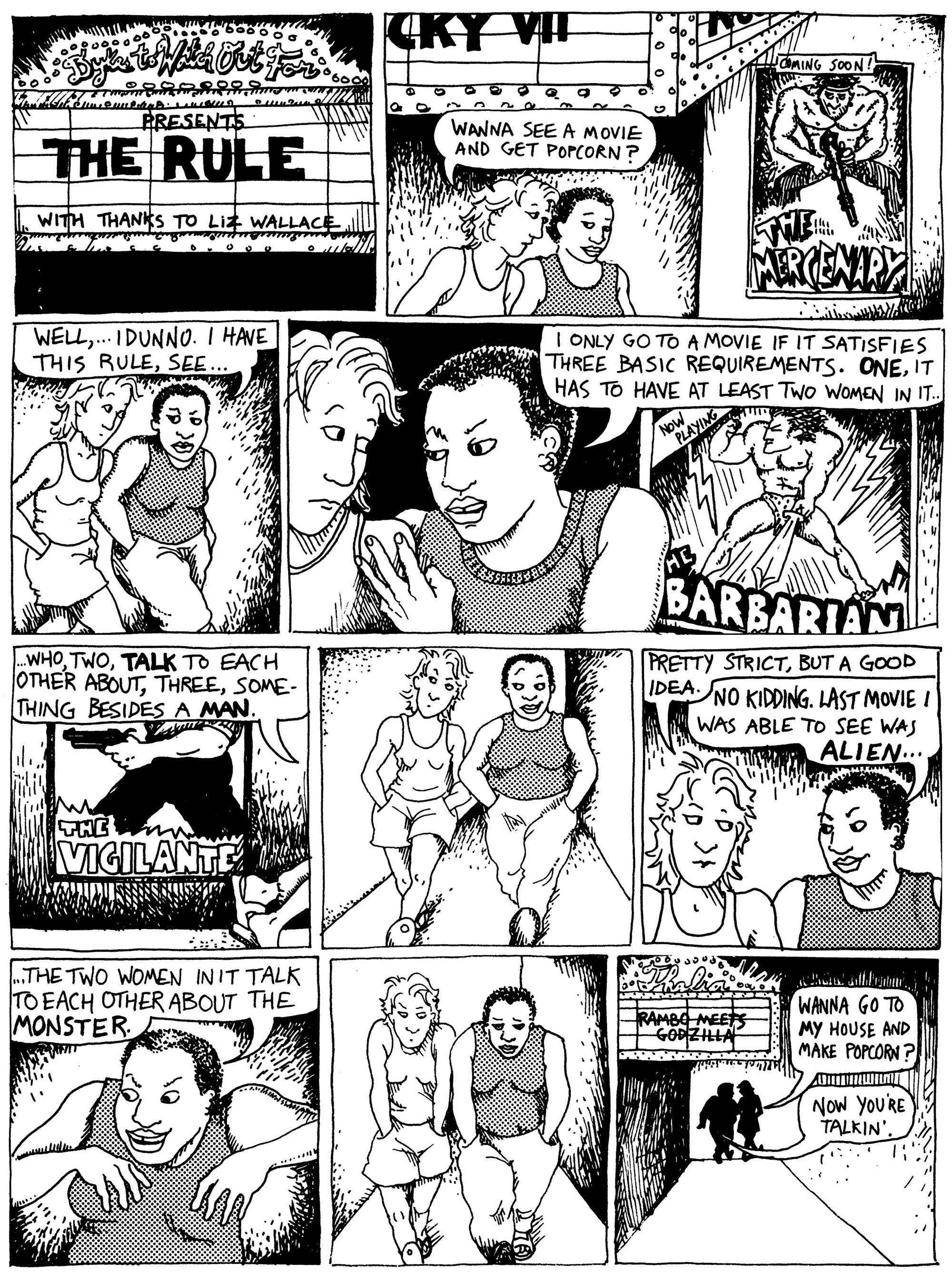