‘This is your life, and it’s ending one minute at a time’. Chuck Palahniuk’s downbeat dictum was immortalized in the movie adaptation of his novel Fight Club. But it might just as well be the subtitle for Christian Marclay’s epic video installation The Clock (2010).

The Clock is a 24-hour montage of film clips. But this art installation doubles as a clock: each movie clip is chosen because characters look at a clock, or because a specific moment in time plays an important role and is explicitly shown on a clock face. Marclay chronicles a complete 24-hour period in this manner. For every minute of his 1440 minute movie, he found a film scene showing that particular time. When the installation is shown in museums, the clocks in the video show the actual time of day. The Clock had its first showing at White Cube’s London gallery and was met with critical praise.

The Clock is something you have to experience firsthand, not in clips on the internet. In fact, it’s hard to find any footage online but for a couple of fan recordings, and that’s for the best. A couple of television reports such as Alain de Botton’s piece for the BBC offer some idea of the impact of this installation. 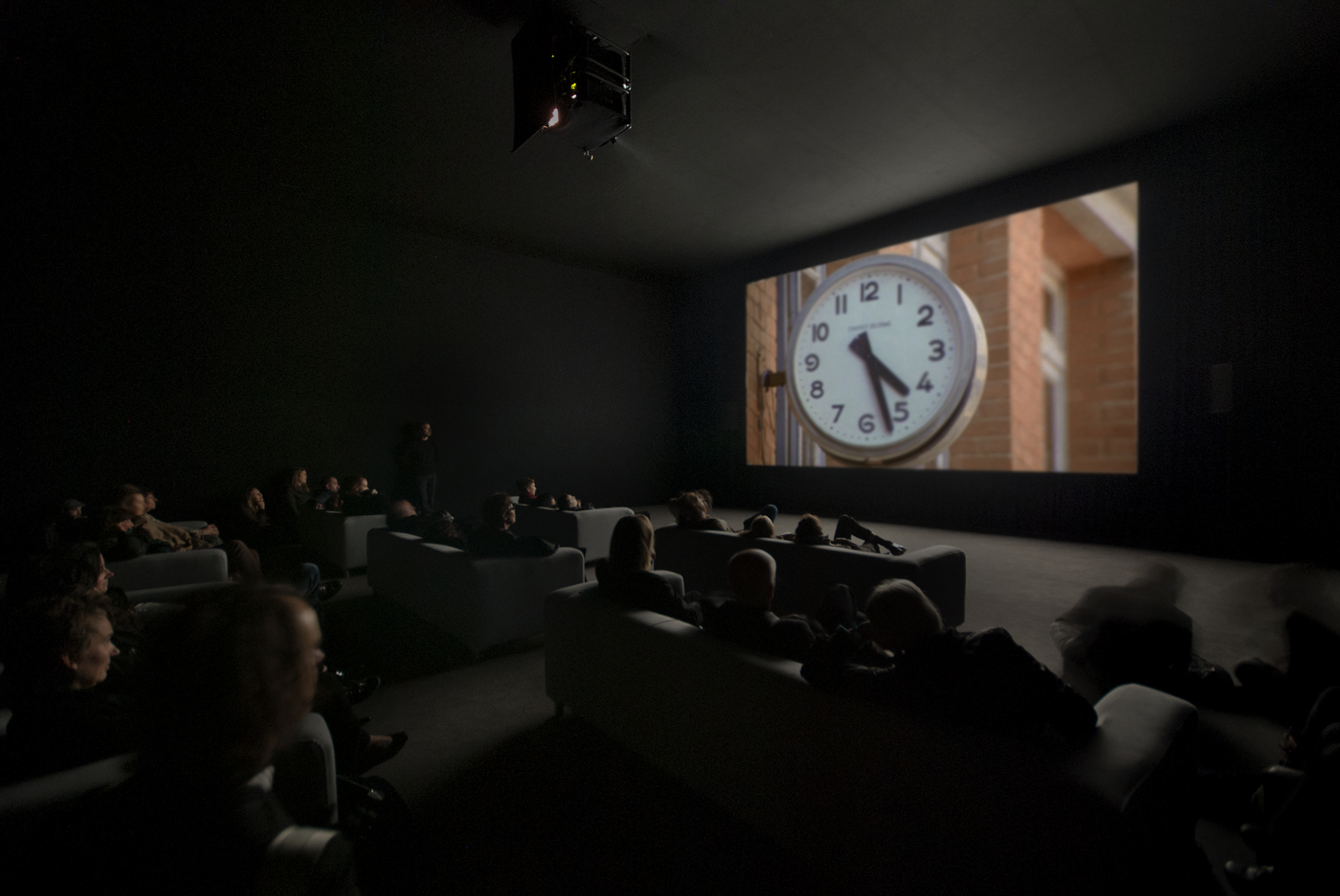