Unflattening is not a movie, nor a video essay. It is a comic. And a dissertation. Nick Sousanis was awarded his doctorate in education by Columbia University for this graphic novel that explores the viability of the comic book form (and of all visual formats, for that matter) as an alternative to text as the preferred format for critical thinking. “What have we been missing? And what can be made visible when we work in a form that is not only about, but is also the thing itself” is the question Sousanis explicitly poses.

The graphic novel was published by Harvard University Press, and their blurb gives a good idea of what Sousanis was aiming for:

“The primacy of words over images has deep roots in Western culture. But what if the two are inextricably linked, equal partners in meaning-making? Written and drawn entirely as comics, Unflattening is an experiment in visual thinking. Nick Sousanis defies conventional forms of scholarly discourse to offer readers both a stunning work of graphic art and a serious inquiry into the ways humans construct knowledge. Unflattening is an insurrection against the fixed viewpoint. Weaving together diverse ways of seeing drawn from science, philosophy, art, literature, and mythology, it uses the collage-like capacity of comics to show that perception is always an active process of incorporating and reevaluating different vantage points.”

Sousanis convincingly makes the case that visual thinking is just as usable as is the written word, even for academic arguments. “The visual provides expression where words fail,” he asserts. Sousanis advocates the comic strip format, but his reasoning can just as well be applied to film and video. Replace “comic strip” with “video essay” in his dissertation, and you have a passionate plea for audiovisual thinking about audiovisual arts – exactly what this site tries to be.

Below is one page from Unflattening. Its use of the “sequential art” definition of comic strips makes the analogy with film and video even more obvious. Read a couple more sample pages on his blog, and convince yourself. 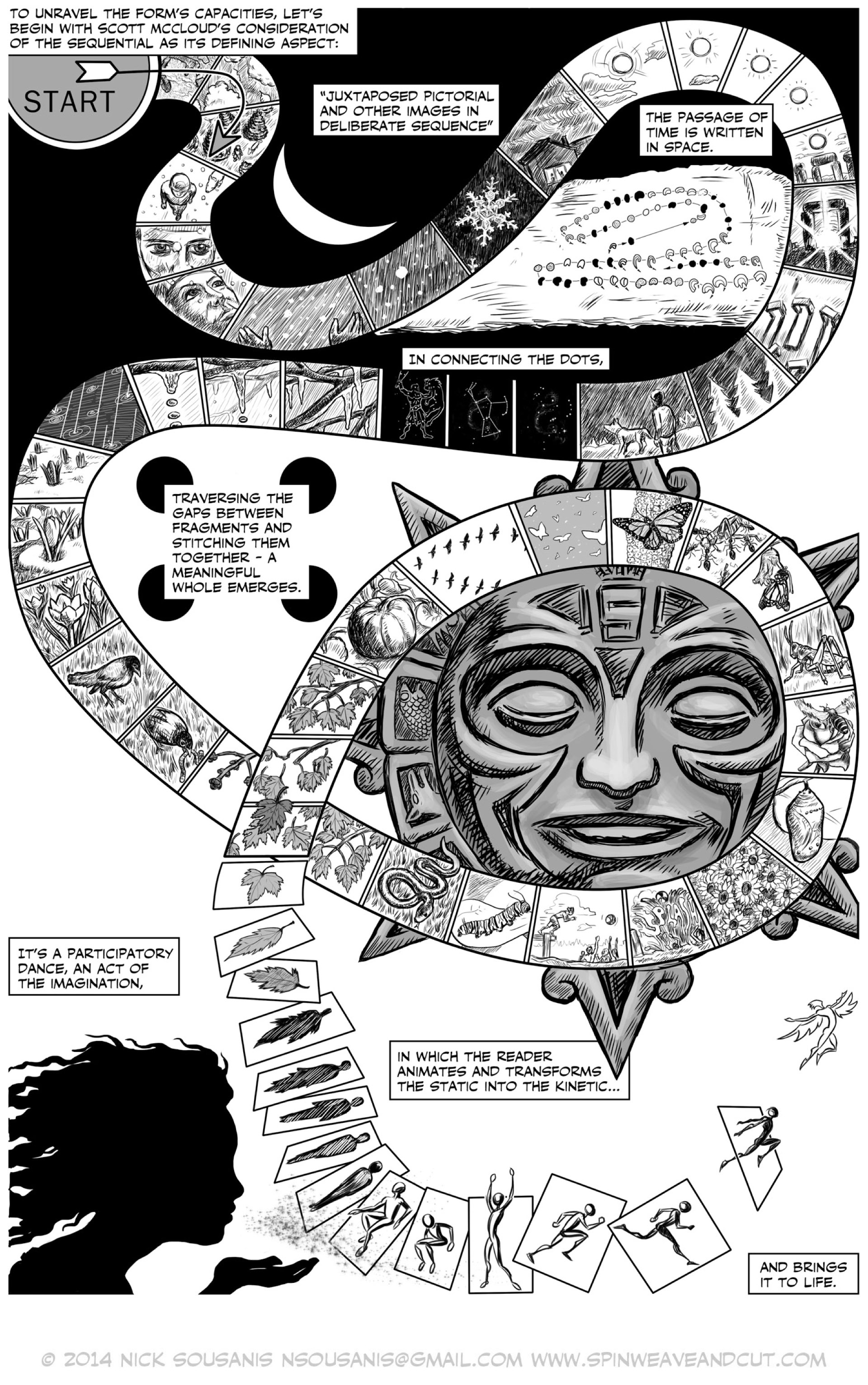